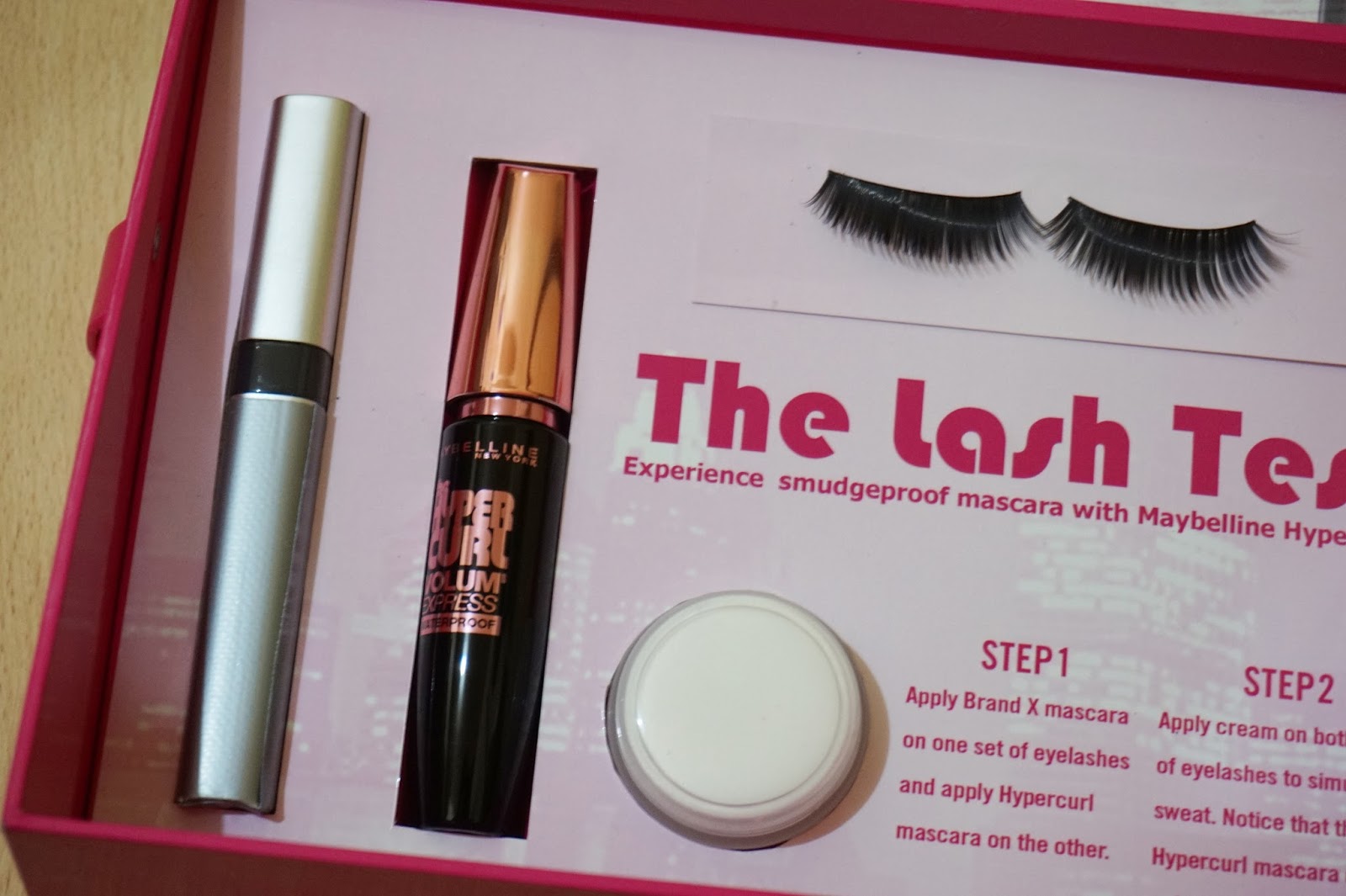 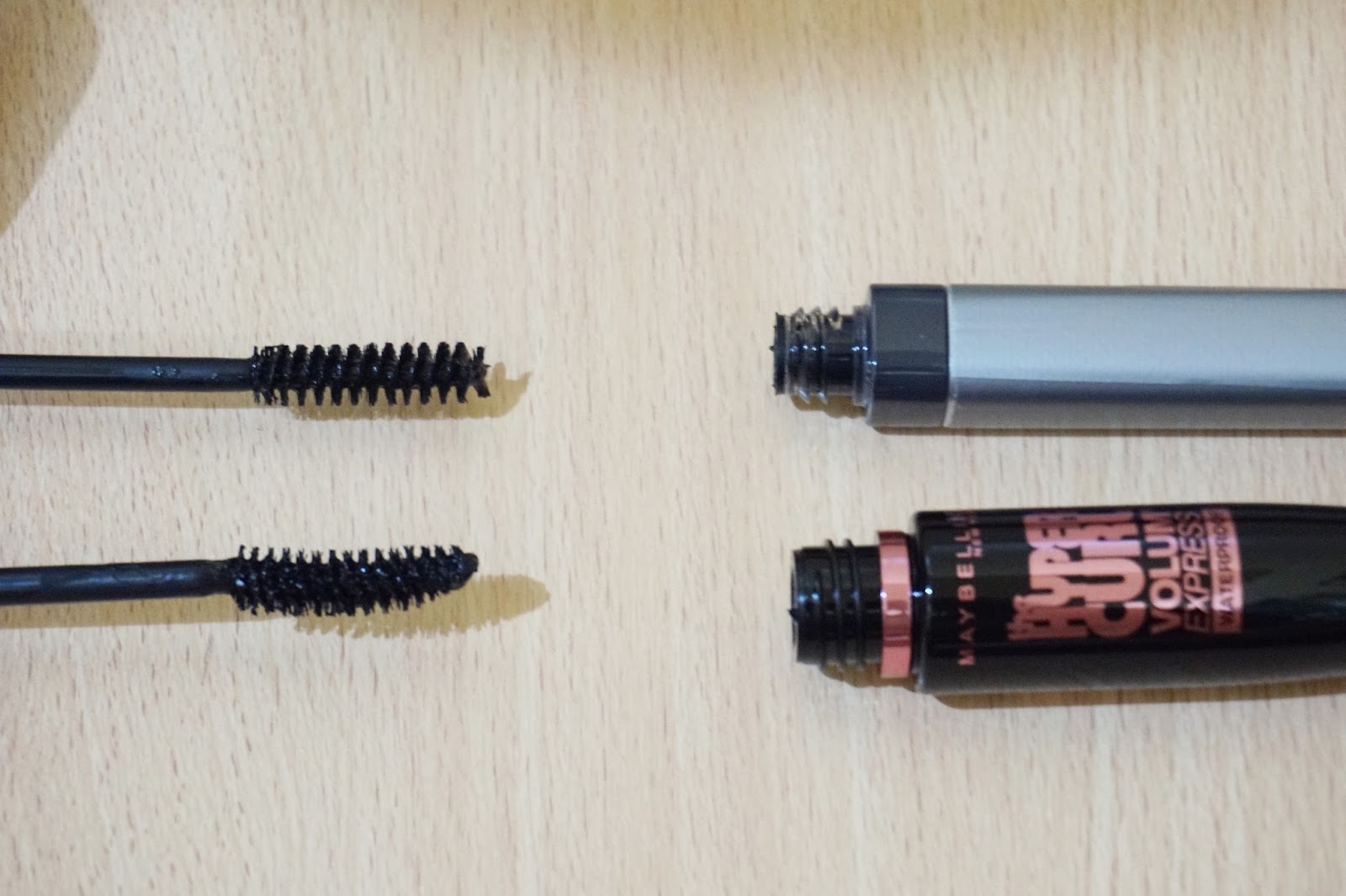 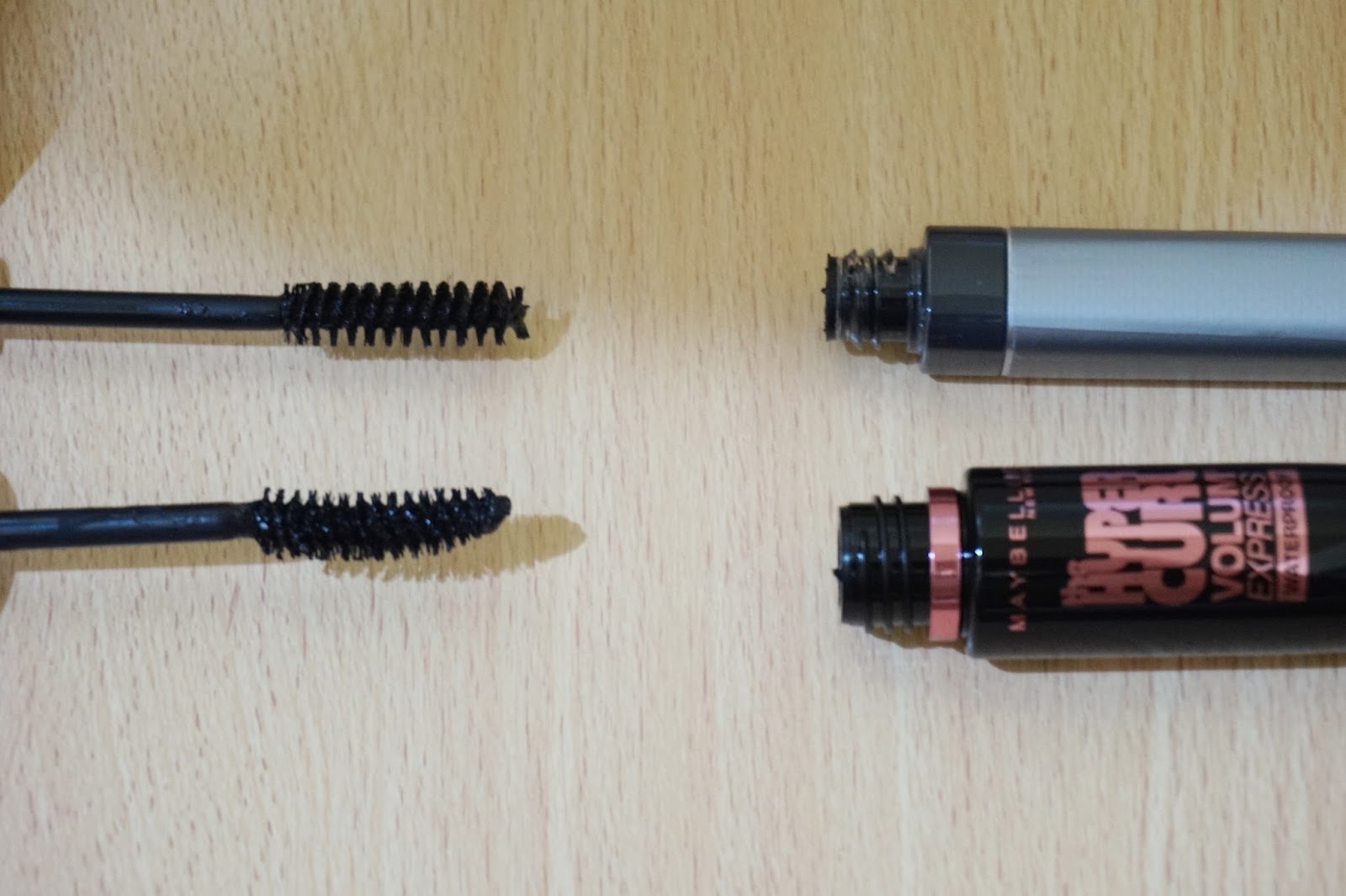 First, let’s do a side by side comparison of the brushes. I know some of you doesn’t pay much attention to brushes thinking that it’s the mascara’s formula that matters but truth be told, brushes makes all the difference on the result a mascara will yield. If you want to prove it, you can buy different mascara wands and use the same formula of a mascara, you’ll see how much difference a simple mascara brush can make.
As for the review, the brand X mascara’s formula has a very thick consistency which is almost close to drying while the Maybelline Hypercurl Mascara has the right thickness in its consistency, not too thick and not too runny. 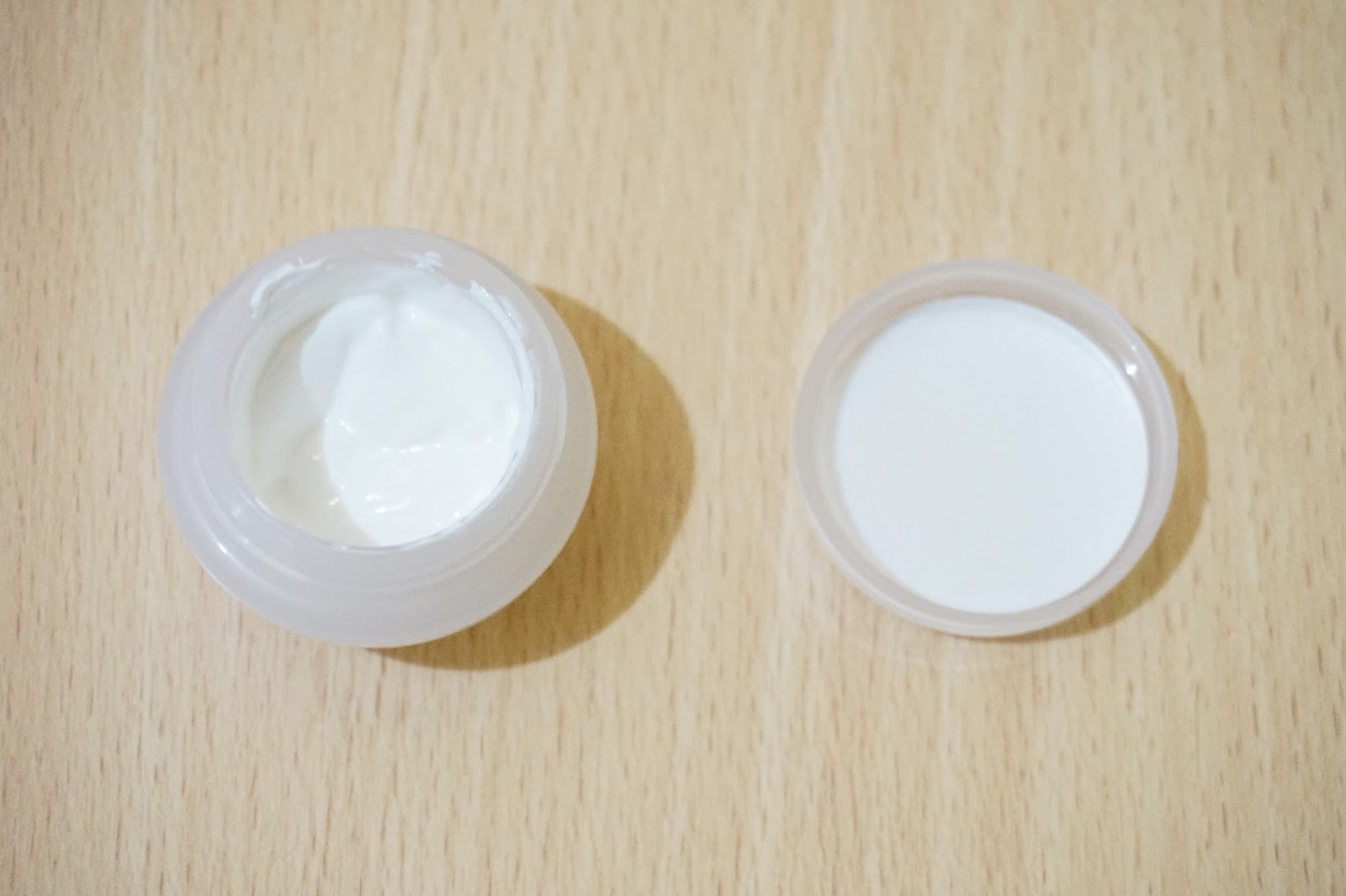 I’ll be applying this cream on the set of lashes to simulate sweat. 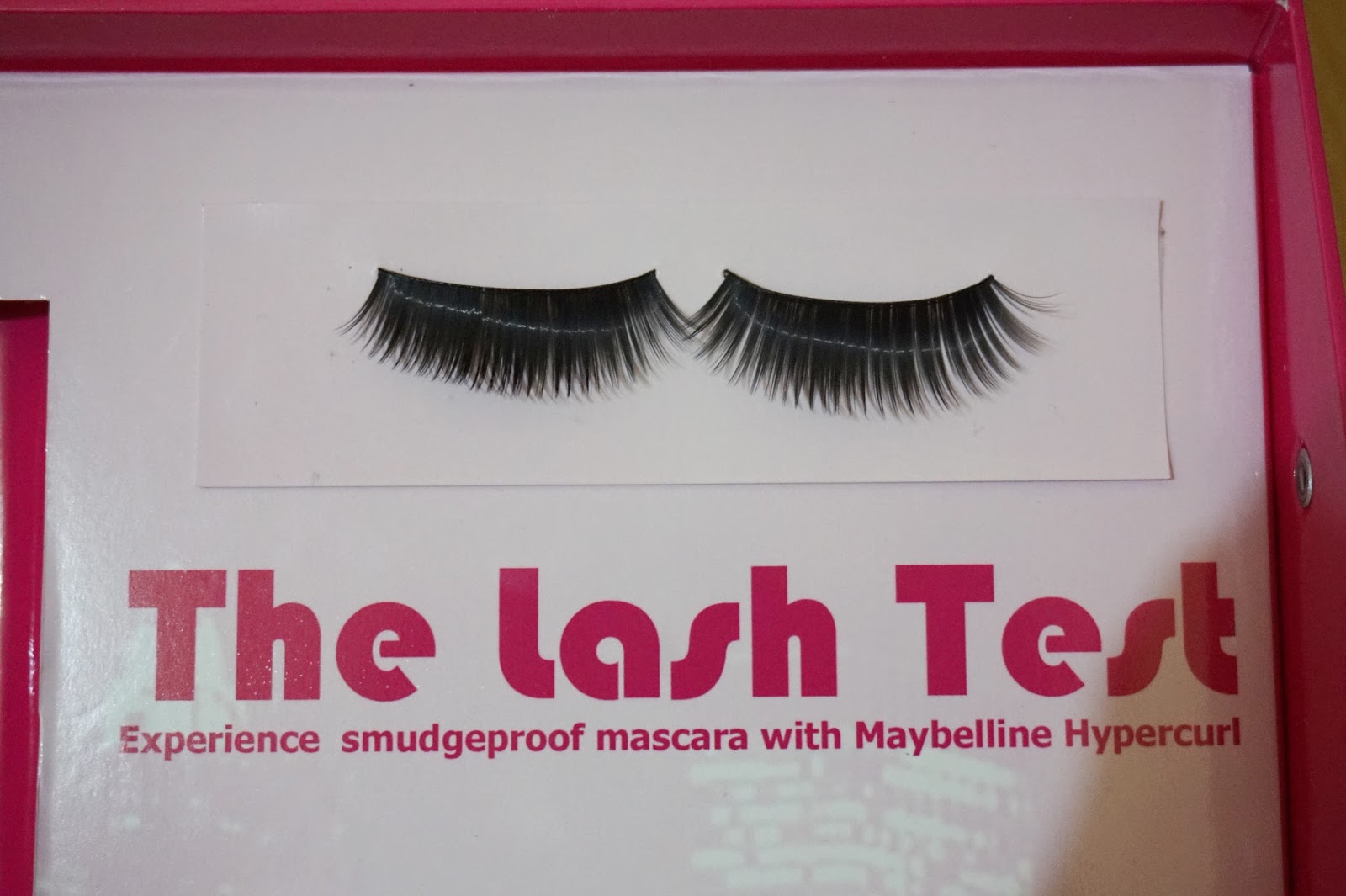 Here’s the set of lashes I’ll be using. I’ll apply the Brand X mascara on the left side and the Maybelline Hypercurl Mascara on the right side. 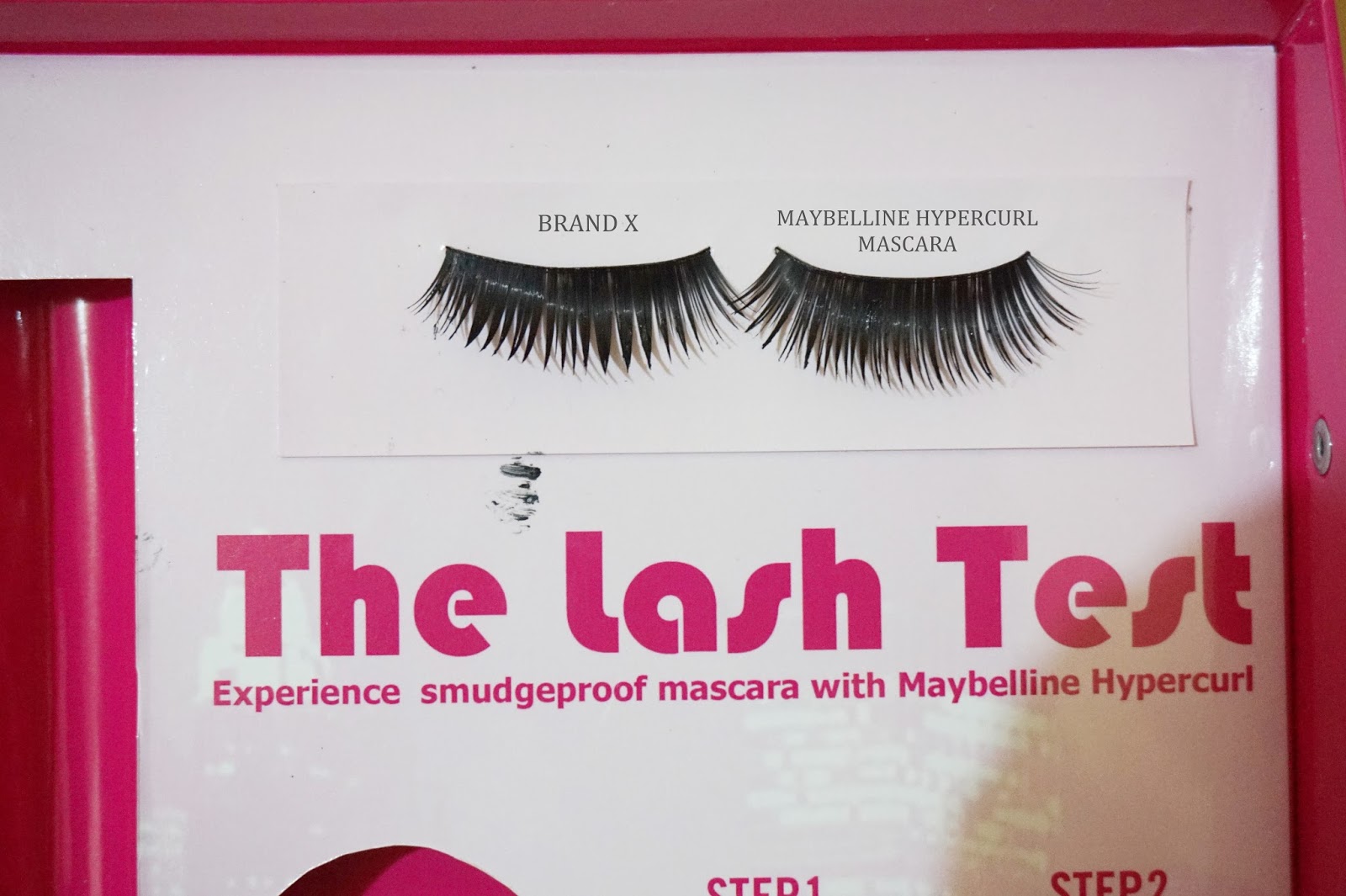 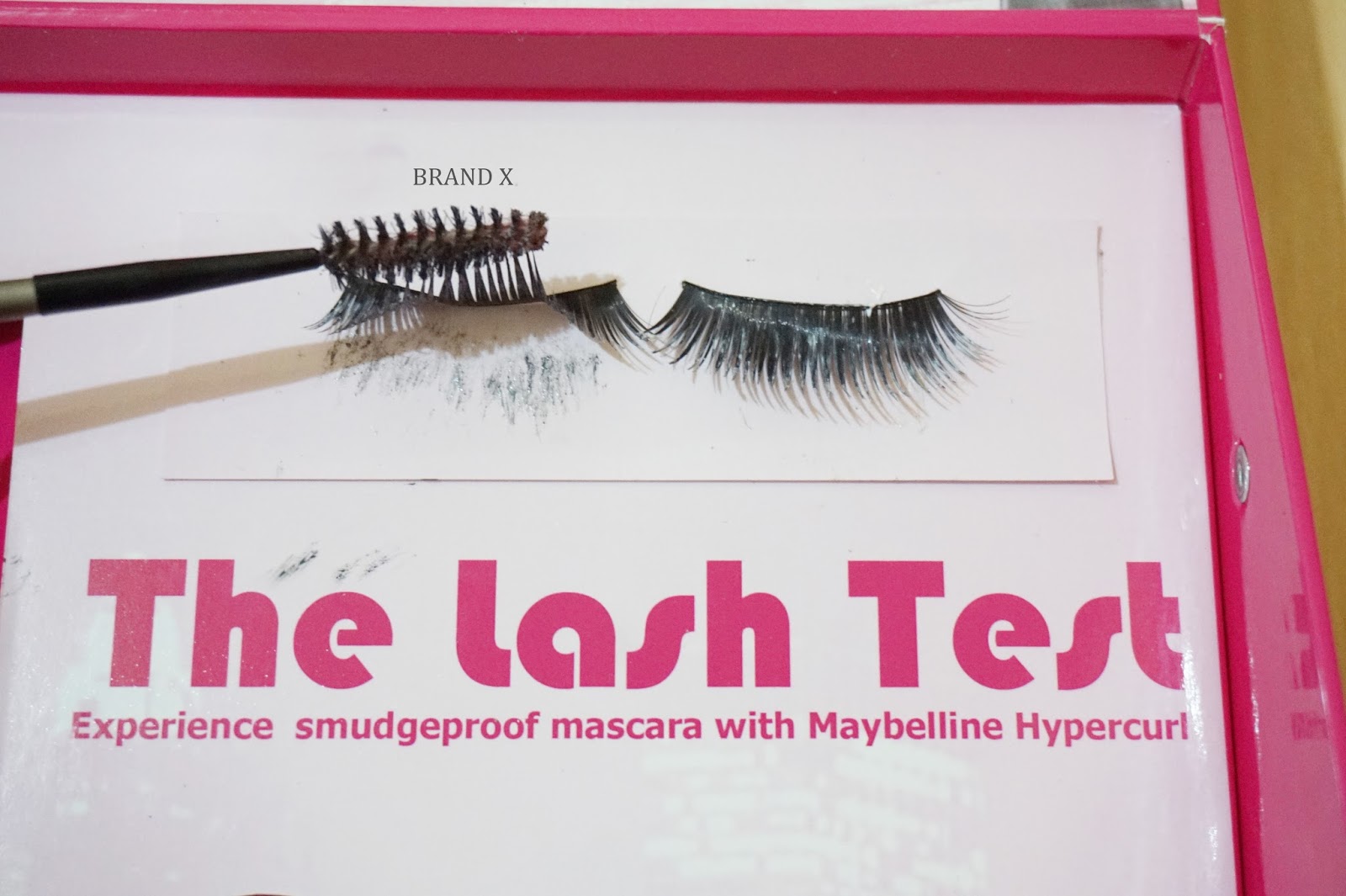 You see how much the brand x smudged after the application of the sweat simulator? Holy smokes! The brand x mascara smudged a lot and if you live in a tropical country like mine, you’ll surely end up looking like a panda by the end of the day especially if you commute in Manila traffic. I can only wish you luck if you happen to make the wrong choice and use the brand x mascara. 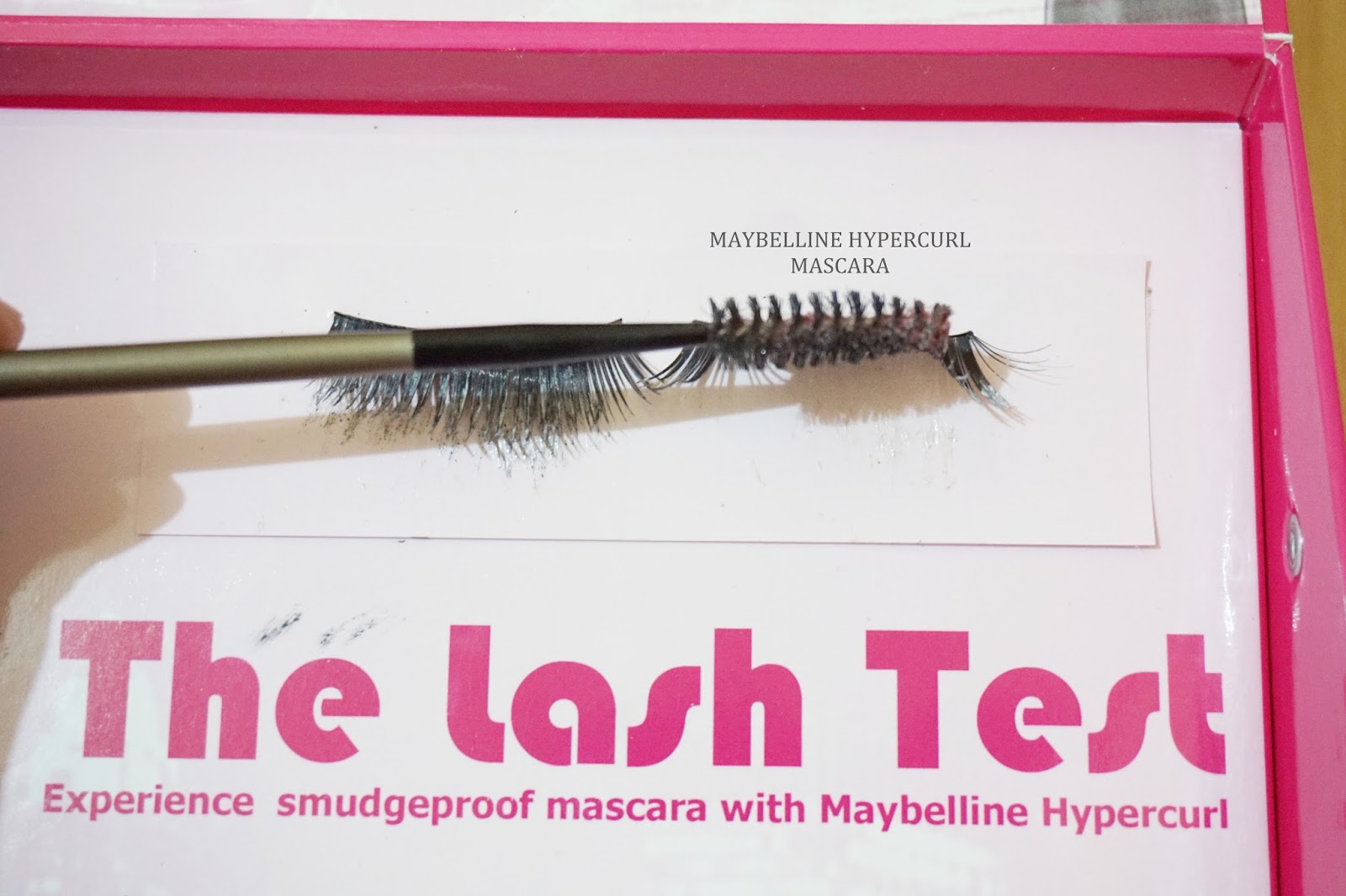 The Maybelline Hypercurl Mascara on the other hand barely smudged. Actually, it doesn’t smudge at all. It’s definitely worth your money considering its price point. Would you believe if I tell you that it’s only 199php? Such a small price to pay for a good quality mascara. It will surely fit a student’s budget too!
I’ve been using the Maybelline Hypercurl Mascara the past few weeks and it never disappoints. It’s definitely a #MUSTCARA!